On the surface, Sethian seems like a game about deciphering a dead, alien language. Personally, I’m already sold on that premise alone. But to Medium writer pip d, it was so much more. It was the initial realization that they were disappointed by the game’s somewhat lackluster conclusion after seemingly promising a lot of depth that triggered the realization: maybe we’re not supposed to “get it”. It’s a fascinating read that shows their thought process through the initial playthrough and into the realization, and what kind of repercussions that it actually has for the game. I personally think it’s super interesting how, by saying very little, this game has actually said a lot, which the writer thoroughly explores.

Read: Sethian: The Hurts and Horrors of Misunderstanding 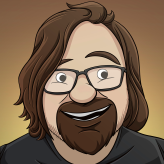 We Built This City

Deep Dive on a Crumbled World

Speedrunning and… Dadaism? You’d be Surprised

Games Made For Girls